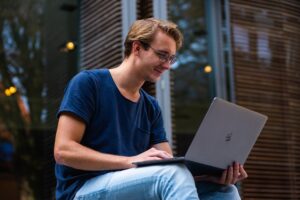 What Is An IVA (Individual Voluntary Arrangement)?

An Individual Voluntary Arrangement (IVA) is a formal, legally binding debt solution. This means that it is officially legislated and controlled by the UK government. It is managed by a licensed Insolvency Practitioner.

Once you have entered into an IVA, any charges or interest attached to your unsecured debt are frozen. You will then be expected to pay a monthly contribution to your Insolvency Practitioner who will use it to pay off a portion of your debt, along with other fees associated with the IVA.

An IVA tends to last between 5-6 years, after which, any debt included in the agreement that is still outstanding, will be written off. This typically tends to be around 75% of the original debt, but can be as much as 85%.

IVA Pros - What Are The Advantages of an IVA?

When considering whether an IVA is right for you, there are several IVA Pros and Cons to consider:

IVA Cons - What Considerations Do I Need To Make?

When thinking about whether an IVA is right for you, here are some things to consider: 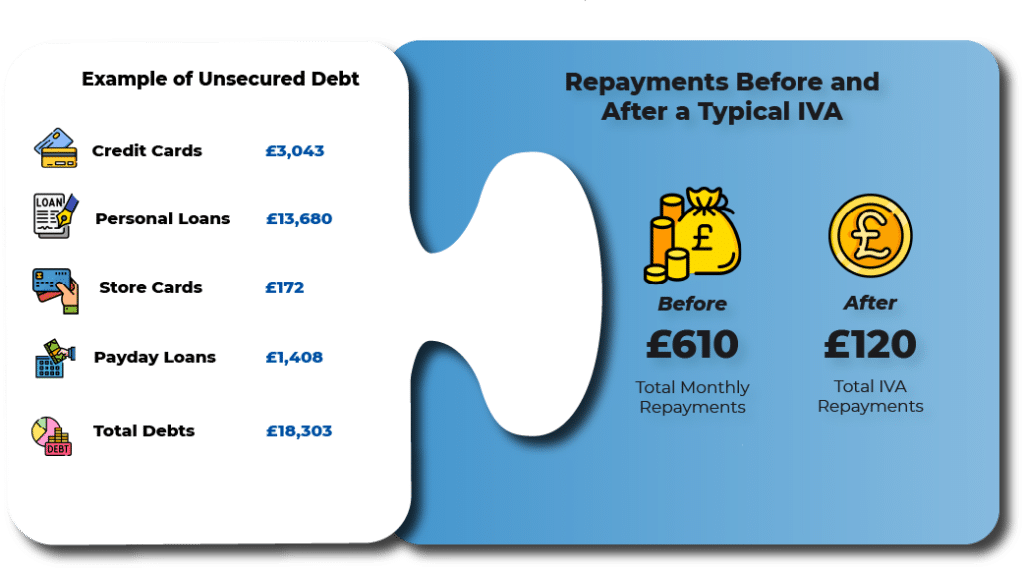 What Is An IVA?

An IVA can be a great, positive way to help with your debt. Allowing you to continue living your life without the stress of being chased by your creditors. Click to find out more about what an IVA is.

Is An IVA Right For You?

Whether an IVA (Individual Voluntary Arrangement) is right for you or not will largely depend on your personal situation e.g. debt level, number of creditors, affordability etc. Click to find out more.

How Does An IVA Work?

An Individual Voluntary Arrangement (IVA) is a debt solution where you agree with your creditors to pay all or part of your debts. When it is completed, any remaining debts are written off. Take a look at our article to find out more.

Which Debts Can Be Included In An IVA?

How Do I Apply For An IVA?

Applying for an IVA (Indivudual Voluntary Arranagement) is a fairly straightforward process. Click the button below and a member of our team will contact you and guide you through the process.

What Are The Pros & Cons Of An IVA?

As with many things in life, there are benefits and consequences we need to consider. Take a look at our Pros and Cons article to find out whether an IVA is right for you

Does An IVA Have Fees?

IVA FAQs
Are IVAs Worth It?
When looking into how an IVA works, there are some features that do appear to be too good to be true, so it is understandable that some people are extremely cautious and even cynical when thinking about whether to proceed.
Read More
IVA FAQs
Is an IVA a Bad Idea?
Whether an IVA is a good or bad idea is largely dependent on your financial circumstances. Of course, every debt solution is going to have its advantages and disadvantages. These need to be considered and weighed up so that you can make an informed choice.
Read More
IVA FAQs
Do You Lose Assets With An IVA?
Assets are the things you own, whether that’s a house, car or electronic equipment. Many people, when entering any debt solution, are often concerned about how much they will lose and to which extent their lives will be altered. Read on to find out more...
Read More
IVA FAQs
Will an IVA Ruin My Life?
Whether an IVA (Individual Voluntary Arrangment) will ruin a person’s life is a question that gets asked a lot by potential candidates, weighing up their options. It is important to recognise the many potential benefits of an IVA, however as with most...
Read More
IVA FAQs
How Does an IVA Affect Your Life?
An IVA has proven to be an extremely effective debt solution for many people in the UK, however it is important to get a clear idea of how it may or may not affect your life.
Read More