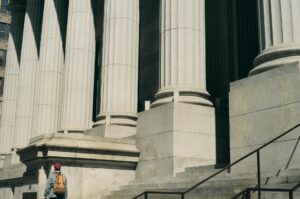 What Is Council Tax?

Council Tax is a yearly fee paid to your local authority, used to pay for all the public services that are in your local area. These include refuse collection, police and fire services, leisure facilities, educational facilities etc.

Council tax can either be paid in twelve or ten monthly instalments: the latter giving you two months of payment holiday.

Council Tax should be treated as a priority debt, since the consequences for not paying can be harsh and arrears may not necessarily be able to be included in a debt solution.

If you do have Council Tax debt, then how it can be dealt with, may also depend on the local authority you are in arrears to.

Do I Have to Pay Council Tax?

Like other taxes, if you qualify to pay council tax i.e. you own or rent a property and are over 18 and not a full time student, then you have to pay it.

A Council tax bill is based on two or more people living at the address. If you are living with a spouse or partner, then you are jointly responsible for paying.

There are circumstances that could lead to you being given a 25% discount on your bill, these are:

If no one in the home counts as an adult, then you may be given a 50% discount.

Other than this, the following people are also not eligible to pay:

If you are on an apprentice scheme, then you will need a declaration from your employer that you are:

How Much is Council Tax?

What Happens if I Fall Behind with My Council Tax Payments?

Council Tax is a priority debt, so it is always a good idea to treat it this way and pay it before you pay any other bills. The consequences for not paying can be severe. They range from:

Being Sent a Reminder

This will usually give you seven days to pay your bill. If you go ahead and pay the no further action will be taken.

Being Sent a Final Notice

If you do not pay before the seven days passes, then you will be issued with a final notice that asks for the full amount owing and again you will be given seven days to respond. This will include any arrears you have accrued and could include the remaining balance on that year’s council tax bill.

Being Issued with a Liability Order

Once the seven-day period for the Final Notice has elapsed, the council will likely begin legal action. If you fail to pay, a document granted to the council by the court will be issued, giving them powers to collect an outstanding balance. This is called a Liability Order.

There are several ways that the council may try to reclaim the money owed. This could include:

If these methods do not allow the council to reclaim the debt, then bailiffs could be sent to your property to seize goods to the value of the debt.

If bailiffs are sent to your house for the first time, it is important to note that you do not have to grant them access.

You may end up being summoned to a magistrate’s court for a hearing. However, this should not always be treated as a bad thing. If there are circumstances that have led to you not being able to pay, then this can be an opportunity to explain them. Bear in mind though, you may be expected to pay the court fees.

If after all this the council can still not reclaim the debt, then you may be given a prison sentence of up to three months.

How Long Can My Council Tax Debt Last?

If the council issues you with a debt that is over six years old, then it has much more limited powers to collect them. However, it is very unusual for a council to let a debt drag on for this amount of time.

What Can I Do to Pay My Counci Tax Arrears?

Of course, the best idea is the remember that this is a priority debt and to budget for it. If you do fall behind then, in the first instance, contact your local authority. Honesty really is the best policy!

Local Authorities will often have options to help with council tax debt, for example, paying over twelve months instead of ten will reduce the monthly payments, some authorities will let you pay weekly, if this suits your situation.

Once you fall behind, it can be difficult to catch back up so seeking debt advice can be a positive step forward.

Who Can Help Me with My Council Tax Arrears?

If you are having trouble paying your Council Tax or if you have other unsecured debts that are beginning to get out of control, then the following solutions may be right for you:

If you live in England, Wales Or Northern Ireland:

If you live in Scotland then the following may suit your needs:

Contact IVA4Me for help. We can help you begin to get your life back on track.